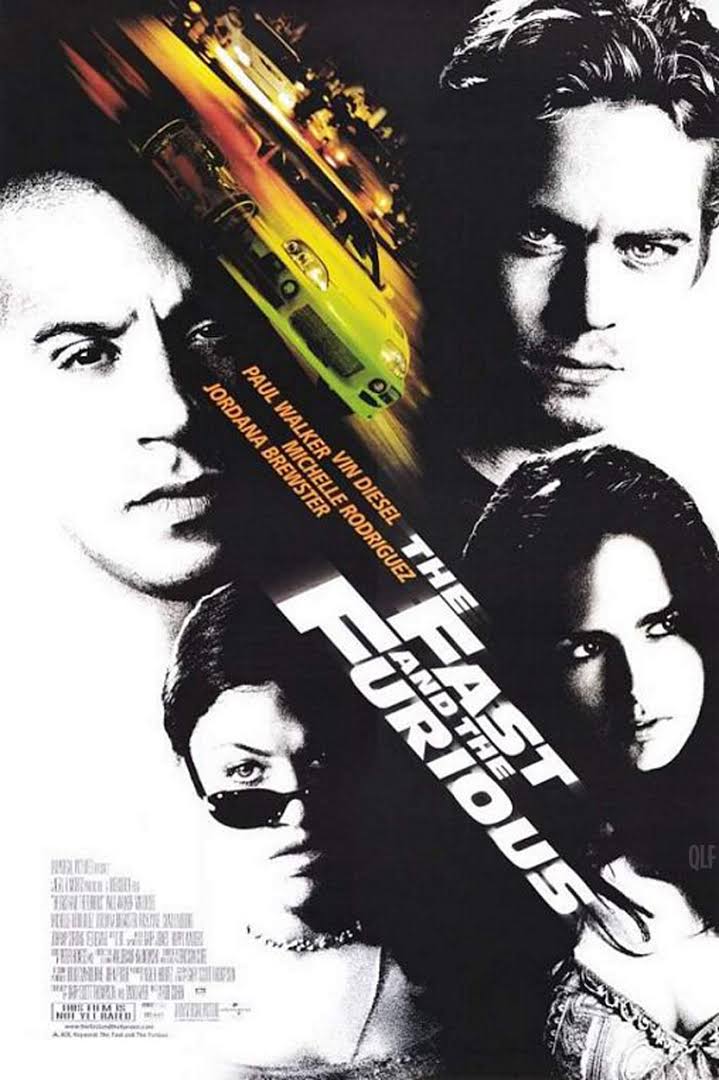 In anticipation of the eighth installment in the Fast series, The Fate of the Furious, I’m doing an overview of each film leading up to the BIG premiere on Friday, April 14 2017.

Brian O’Conner (Paul Walker) is a Los Angeles police officer with dreams of making detective one day. After a string of mysterious truck hijackings, he goes undercover in order to catch the perpetrators. The main suspect and Brian’s mark is Dominic Toretto (Vin Diesel), the leader of a highly skilled racing team. O’Conner becomes enamored with the lifestyle of a street racer and ultimately blurs the lines between criminal and cop.

This is where the series first began and it’s kind of funny to go back and watch this one because the recent movies are on such a bigger scale. The Fast and Furious was really a small indie project about underground street racing and the cultural phenomenon it was in some cities in the U.S. No one could’ve foreseen this as going on to become a global sensation.

Fast and Furious gave us our first glimpse at the elaborate and thrilling stunts, which are now the lifeblood and staple of the series. In this world cars defy gravity and all other forms of logic which is one of the reasons the movies are so entertaining to watch. The level of suspended disbelief is pretty high, but that doesn’t make it any less exciting to see on the big screen (or small screen for that matter).

One of the biggest themes introduced here is the importance of friendship and family. The relationship between Dom and Brian admittedly starts off rocky as the latter is pretending to be someone he’s not. It’s not pretty when the truth comes out, but even after being duped, Dom understands Brian in a way that he probably doesn’t understand anyone else. And vice versa. The chemistry these two characters (and actors) had from the very beginning is impressive.

My favorite scene in the film is towards the end when Dom and Brian race against one another with a train rapidly approaching threatening to crush both of them. It’s a classic moment of pure adrenaline and fun, albeit dangerous and reckless.

Are you a fan of the Fast series? Which movie of the 7 released is your favorite?

4 thoughts on “The Fast and the Furious”