Earlier this year I compiled a short list of movies that I was looking forward to seeing in 2017. Power Rangers happened to be on it because all of the promo reminded me of Josh Trank’s Chronicle and The 1985 classic The Breakfast Club– two films I thoroughly enjoy! I was of the small minority willing to give the reboot a chance and I can officially say that Power Rangers far exceeded my relatively average expectations.

This is one of the better origin stories that I have seen in recent years. Each of the 5 rangers are incredibly well fleshed out, there is plenty of humor to go around and most importantly it’s pure fun!

Angel Grove is a quiet town where not much happens out of the ordinary. That is until five teenagers stumble across mysterious power coins and gain abnormal new abilities. When they learn that they are a new generation of superheroes, the five begin to harness their powers and learn to work together. However, a threat soon arises in the form of an evil villain bent on destroying them and their town.

As aforementioned this really is a well-done origin story. We learn quite a bit about each Ranger: Jason (Dacre Montgomery) is an ex jock struggling to find his place in life, Kimberly (Naomi Scott) is facing isolation as her “friends” have iced her out, Billy (RJ Cyler) is misunderstood and bullied, Zack (Ludi Lin) is dealing with the weight of a sick loved one who depends on him, and Trini (Becky G) has parents who pressure her to be someone she’s not. They are all in desperate need of a friend and more importantly a purpose in life.

I really appreciated the fact that each ranger was so different and multi-layered. They come across as very real and I think we all knew kids just like them in high school (we possibly were them). I also liked the actual process of how they came together and discovered the power coins because it felt very organic and natural.

A still from Lionsgate Power Rangers (2017)

The on (and off screen) chemistry that these five actors possess also helped sell the idea that they truly were friends and cared about one another. I won’t give too much away, but they do look out for one another in amazing ways. They support one another emotionally-opening up in a particularly touching scene that takes place around a campfire. Similarly, during action sequences we actually saw them working together and depending on one another.

These 5 rangers are also incredibly good actors, which honestly surprised me! As individuals they knock it out of the park. My particular favorite was the Blue Ranger! Even though Jason (Red Ranger) is the leader, it is Cyler’s Billy who holds this group together. His humor and the endearment of his character were a huge winning point for me.

The fact that so much heart was put into this script was also a welcome delight. Power Rangers is known for being notoriously cheesy and over the top, but I found this version to be incredibly well grounded. 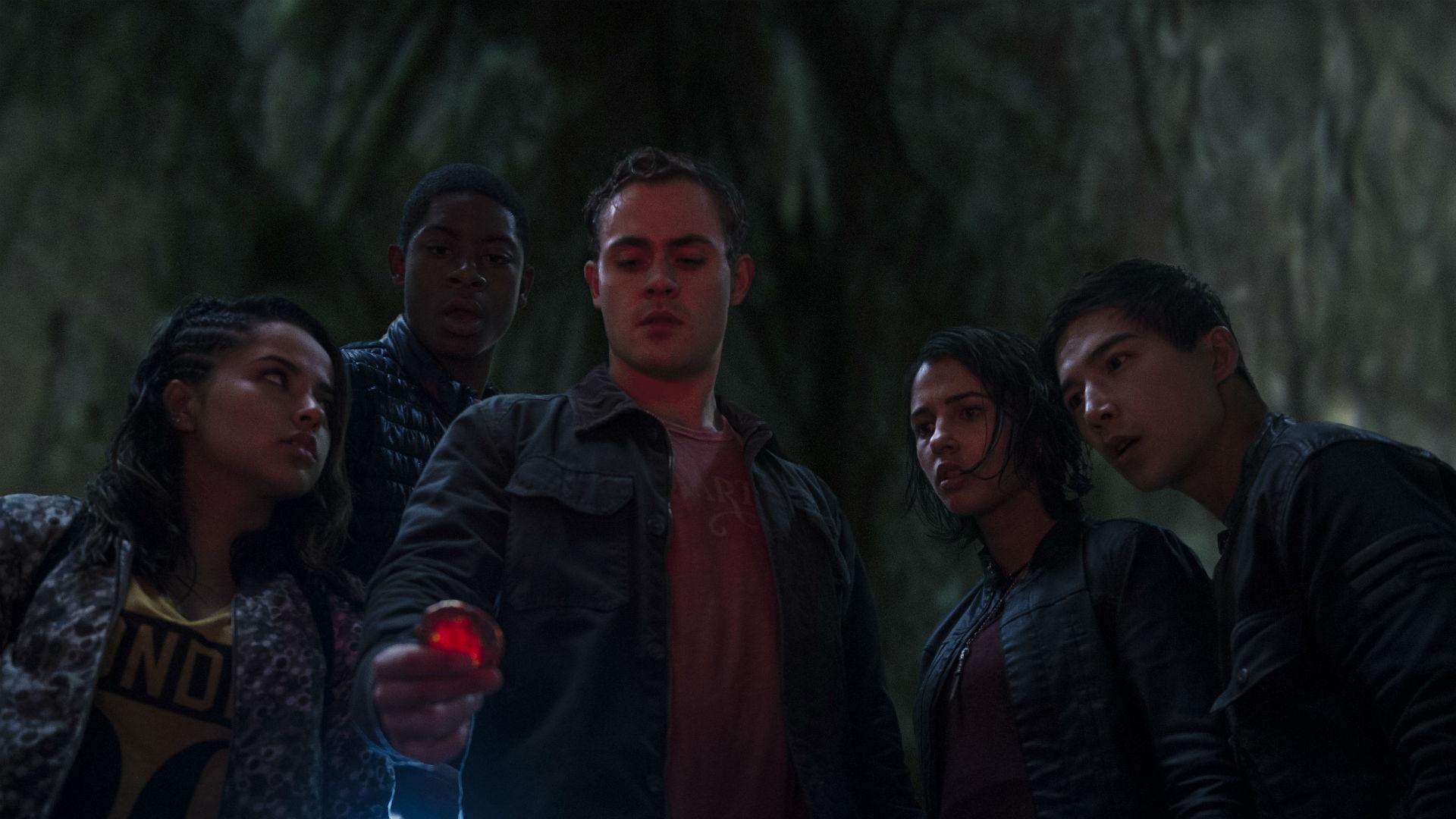 A still from Lionsgate Power Rangers (2017)

The villain who the rangers face up against is named Rita Repulsa and she is pretty repulsive. Rita is a former ranger hell-bent on widespread destruction. Elizabeth Banks (Hunger Games, Pitch Perfect 2) brings the character to life and she does a good job. She’s the perfect blend of maniacal and downright creepy. For a group of novice superheroes, Rita is definitely a formidable opponent.

I thought that the special effects and costuming were both great. It’s obvious that a lot of solid work went into the creative side and I think it truly paid off here.

The armor that the Power Rangers wear is like nothing I’ve seen on other superheroes of this kind. It’s sleek, it’s modern and it just looks good onscreen. Even the look of Rita Repulsa and her sidekick Goldar are well done and quite elevated from the popular 90’s sitcom.

It took the rangers awhile to be able to use their armor and gadgets so when the action finally begins it’s fun to watch! The third act of the movie was the most compelling in my opinion. There is a lot of respect shown to the original Power Rangers series in terms of the one-liners shared during the action and even a snippet of the original theme song pops up at the most opportune time.

Even though I enjoyed Power Rangers, there were some elements I wasn’t wild about. Some of the scenes are shot in a way that I just didn’t care for. There was a lot of camera movement and several times there were abrupt cutaways that seemed out of place and didn’t match the pacing of the movie. I mentioned the campfire scene earlier and while I liked it for its sentiment, the scene itself made me dizzy.

A still from Lionsgate Power Rangers 2017

I also thought that there were some odd editing choices made. I don’t want to spoil anything, but there is a scene in the movie when all five rangers are gathered talking to Zordon, when all of a sudden each is abruptly whisked away and experiences something you could liken to a nightmare. I understand what the effect was meant to be, uneasiness and fear for the rangers, but that scene took me out of the story for a moment.

Zordon and Alpha 5 are both characters from the original series and it’s not possible to do a film of this kind without Zordon for sure. He is voiced by Bryan Cranston (Breaking Bad, Argo) and while I liked what he meant to the rangers as far as being a guide and mentor, his visual representation itself is not very impressive. Alpha 5, voiced by Bill Hader (Inside Out, Saturday Night Live) really wasn’t that necessary to the overall story in my opinion.

A still from Lionsgate Power Rangers 2017

With all that being said, Power Rangers is definitely worth a watch and I’m curious to see if it will be greenlit for a sequel in the near future (who am I kidding? it’s “when” not “if”!) For those who were obsessed with the franchise as children and already had a movie planned out and written- be forewarned you may not like the new adaptation. However, if you can appreciate a blast from the past and want to see a good popcorn film that has some heart- this one is for you!